Born in Lesnoy, Sverdlovsk Region, Elena Stikhina graduated from the Moscow Conservatoire (class of Larisa Rudakova), and trained at the Galina Vishnevskaya Opera Singing Centre under Makvala Kasrashvili.
Since 2014 she has been a soloist of the State Primorsk Opera and Ballet Theatre (now the Primorsky Stage of the Mariinsky Theatre).
Stikhina made her Mariinsky Theatre debut as Salome at the premiere of a new production in February 2017, and immediately thereafter became a member of the Mariinsky Opera Company.
For the role of Salome she was awarded the Onegin Russian opera prize and St Petersburg's most prestigious theatre prize the Golden Sofit.
In the 2016-17 season she also made her stage debut at the Theater Basel (Leonora in La forza del destino), Finnish National Opera and Opéra National de Paris (Tatiana in Eugene Onegin). In the current season she appeared as a guest soloist at the Boston Lyric Opera (the title role in Tosca), Deutsche Oper Berlin (Leonora in Il trovatore), Staatsoper Unter den Linden (Mimì in La bohème) and Opéra National de Paris (Leonora in Il trovatore). In addition, Stikhina sang in concert as Sieglinde (Die Walküre) at the Philharmonie de Paris and Senta (Der fliegende Holländer) at the Festspielhaus Baden-Baden under the baton of Valery Gergiev.
In the summer of 2019 Stikhina made her debut at the Salzburg Festival, singing the title role in Cherubini’s opera Médée.
Her most recent engagements include appearances at the Semperoper in Dresden (Leonora in La forza del destino), De Nationale Opera in The Netherlands (Cio-Cio-san in Madama Butterfly), the Opéra National de Paris (La forza del destino and Prince Igor), and the Grand Théâtre de Genève (the title role in Aida).
This is her first appearance at PMF. 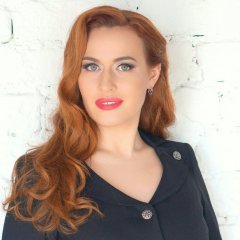