Yevgeny Nikitin appears at the world's great theatres and participates in opera festivals. In 2002 he made his debut at the Metropolitan Opera in Andrei Konchalovsky's production of War and Peace (Dolokhov). He subsequently returned there for La bohème (Colline), Die Meistersinger von Nürnberg (Pogner), Das Rheingold (Fasolt), Elektra (Orest), and Parsifal (Klingsor).
Nikitin made his Paris debut in 2003 at the Théâtre du Châtelet (as the Demon in Rubinstein's eponymous opera). At the Opéra de Paris he has performed the roles of Jokanaan (Salome), Klingsor (Parsifal), Tomsky (The Queen of Spades), Gunther (Götterdämmerung) and Orest (Elektra). There in 2008 he first sang as the Prisoner, the title role in Luigi Dallapiccola's opera Il prigioneir. He also performed this role at the Russian premiere of the opera at the Mariinsky Theatre (2015).
Nikitin regularly appears at the Bayerische Staatsoper. Following his debut in 2008 (as Jokanaan in Salome) he returned as the Dutchman, Klingsor, and Telramund. Since last season he has appeared as Ruprecht in a new production of The Fiery Angel (directed by Barrie Kosky).
In the 2015-16 season he made his debut at the Wiener Staatsoper, where he sang in Khovanshchina (Shaklovity), Tosca (Scarpia), and Fidelio (Don Pizarro), and he made his first appearance with the Concertgebouw Orchestra in a concert performance of Lohengrin (as Telramund, conducted by Mark Elder) and at the Wiener Festwochen in Fidelio.
In the 2016-17 season Nikitin appeared in a series of premiere performances of Tristan und Isolde at the Metropolitan Opera as Kurwenal and in a new production of Salome at the Mariinsky Theatre.
This season he appears in Fidelio at the Teatro di San Carlo, and in Parsifal at the Metropolitan Opera, Paris Opera, and Osterfestspiele Baden-Baden.
Nikitin has featured in Mariinsky Theatre recordings of Boris Godunov and Semyon Kotko. He also appears on Mariinsky label recordings of Oedipus Rex (Creonte), Semyon Kotko (Remenyuk), Das Rheingold (Fasolt) and Parsifal (Amfortas). With the London Symphony Orchestra and Valery Gergiev there have been recordings of Mahler's Eighth Symphony and Berlioz’s Roméo et Juliette, and with the Musiciens du Louvre orchestra under Marc Minkowski came Wagner's Der Fliegende Holländer.
His first solo disc was released in 2015 Wagner: Opera Arias - which includes scenes from Lohengrin, Tannhäuser, Der Fliegende Holländer, and Die Walküre (the Orchestre Philharmonique Royal de Liège, conducted by Christian Arming).
This is his first appearance at PMF. 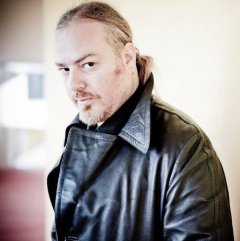