Teppei Yasuda was selected to perform with the Sapporo Symphony Orchestra in a New Artists Orchestra Series Concert sponsored by the Japan Federation of Musicians, and was selected by Sapporo Concert Hall Kitara and the Sapporo Symphony Orchestra to perform with the orchestra in a concert featuring the "finest northern artists." In 2009, he further studied in Cicilia, Italy, receiving a diploma from the Teatro Bellini masterclass, and served as a soloist in the Giuseppe Di Stefano commemorative Mass. He has performed operatic roles including Ferrand in "Cosi fan tutte," Alfred in "Die Fledermaus," Walther in "Tannhäuser," Count Vaudémont in "Iolanta," priest and armored-man roles in "Die Zauberflöte," King Kaspar in "Amahl and the Night Visitors," and the role of a Spirit in the form of Mercury in "Dido and Aeneas." He has also served as a soloist in Beethoven"s Symphony No. 9. In 2013, he received the Encouragement Prize in the 5th Tokyo International Vocal Music Competition. In the 2015 Sapporo Opera Festival he was selected to perform the Shogun role in the Nikikai production of the Rakugo opera "Meguro no Sanma." Yasuda graduated from Rakuno Gakuen University, Faculty of Dairy Science, Department of Agricultural Economics, and studied vocal performance under Makoto Tanaka, Noriko Hagiwara, Kumi Matsuda and Giuseppe Constanzo. He is currently a member of Piccola Opera de Sapporo, the male vocal unit "ACCIDENTI!" and a male vocal group "Belcanto?." This is his first appearance at PMF. 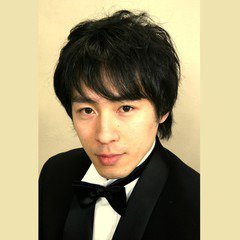