Born in Tokyo, Shingo Takabatake received his undergraduate and master's degrees from the Musashino Academia Musicae. He won the Golden Prize at the Lirica Italiana Voice Competition in 2013 and received the Dr. Handa Encouragement Prize at the IFAC-Juilliard Prize Singing Competition. He has performed many roles, including Paolino in "Il matrimonio segreto," Rodolfo in "La Bohème," Ferrando in "Così fan tutte," and Alfred Germont in "La traviata." In 2014, he performed as Federico in "L'amico Fritz" in a production supported by the Japanese Agency for Cultural Affairs. At the 2013 Saito Kinen Festival Matsumoto, he performed in Ravel's "L'enfant et les sortilèges," conducted by Seiji Ozawa. In 2014, he performed as a cover singer for the role of Basilio in "Le nozze di Figaro" in the Seiji Ozawa Music Academy Opera Project XII, and will cover the Little Old Man/Frog and Teapot roles in "L'enfant et les sortilèges" in the Opera Project XIII in March 2015. His teachers for vocal studies include Minoru Kamoshita, Kentaro Matsumura, Atsumi Honda, G. Sabbatini, G. Lormi, and Yasuo Horiuchi. He is currently a vocal trainee of the Musashino Academia Musicae, a vocalist assigned to the Toho Gakuen College of Drama and Music, and a member of both the Suntory Hall Opera Academy and the Opera Academy in S. Amadeus. This is his first appearance at PMF. 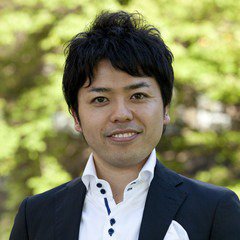