Sayaka Anazawa graduated from the Department of Vocal Music of the Tokyo University of the Arts and its Graduate School of Music. She won the auditions and performed with the Sapporo Symphony Orchestra at the 139th New Artists Concert sponsored by the Japan Federation of Musicians. She also appeared in a concert featuring the finest northern artists selected by the Sapporo Concert Hall Kitara and the Sapporo Symphony Orchestra. Anazawa performed Beethoven's Symphony No. 9 as a soloist at the 4th subscription concert and Respighi's "Lauda per la natività del Signore" in the role of The Angel at the 7th subscription concert of the Sapporo Otani University. In 2011, she performed in a joint recital with soprano Kanae Kushima. Anazawa has performed at many concerts and charity concerts in Hokkaido including the Sapporo Art Festival New Artists Concert, the Seasonal Joint Concert - Kitara Summer Concert, the 9th Sapporo II Zonta Club Charity Concert, the 44th KAWAI Music Education Symposium in Hokkaido, the Keiyukai Sapporo Hospital Lobby Concert, a charity concert for the Great East Japan Earthquake and the Twinkle Concert at the Migishi Kotaro Museum of Art, Hokkaido. Her teachers for vocal studies include Manabu Ogino, Yuriko Matsuda, Michiko Aoki, W. Borrelli, L. Catalanotto, G. Constanzo, N. Zanini, and K. R. Puma in Italy. She serves as a lecturer at the Sapporo Otani University. This is her first appearance at PMF. 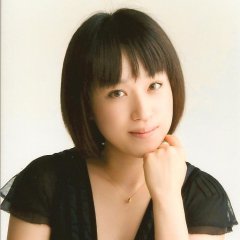