Born in 1986, Dai Miyata began playing the cello at the age of three with direction from his music-educator parents. His splendid talent attracted attention even in his childhood, and at the age of 9 he won First Prize in all of the contests in which he participated, including the 74th Music Competition of Japan.

In 2009, Miyata won the Grand Prix in the 9th Rostropovich Cello Competition, becoming the first Japanese competitor to win the grand prix in the world"s most prestigious competition. He has received various other prestigious awards/prizes, including the 6th Hideo Saito Memorial Foundation Award, the 20th Idemitsu Music Prize (2010), and the 13th Hotel Okura Music Award (2012). He is the recipient of scholarships from both the 35th Ezoe Scholarship Foundation and the Rohm Music Foundation, and the Toho Gakuen School of Music in Tokyo, from which he obtained his Soloist Diploma and graduated with highest honors. He went on to complete degrees with both the Conservatoire de Musique de Genève in Switzerland in 2009 and the Kronberg Academy in Germany in 2013.

In 2012, He played in Suntory Hall with the Mito Chamber Music Orchestra under the baton of Seiji Ozawa. A 2-hour documentary film of this concert, broadcast on TV by BS Asahi Broadcasting, was nominated for the Prize of the Art Festival of the Agency for Cultural Affairs, Government of Japan.

He was a member of the PMF Academy String Quartet Course in 2008. This is his first appearance as a soloist at PMF. 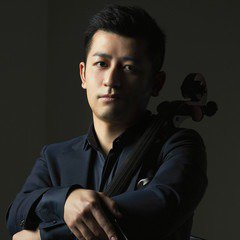