Akie Amou graduated from the Tokyo University for the Arts. She completed training programs at an opera studio and at the Nikikai Theatre Opera Studio, and she furthered her studies in Stuttgart and Berlin. In 1995, she sang as Zerbinetta in "Ariadne auf Naxos" at the Rheinsberg Festival, known as a young artist"s gateway to success, and after winning first prize at the 3rd Queen Sonia of Norway International Music Competition she drew instant attention. While based in Germany, she appeared in productions at opera houses and festivals in Europe, including at the Grand Theatre in Genève, the Schottische Staatsoper, and the Berlin Kommischeoper. In Japan, she made regular appearances at the New National Theatre and Suntory Hall"s Opera productions, and performed as a soloist in major orchestras" subscription concerts. In 1999, she was the winner of the Arion Award, and in 2003, she was awarded the Fresh Artist Award of the Nippon Steel Music Awards. In recent years, in addition to her performing activities, she has been active teaching young singers as a core member at the Opera Academy of Suntory Hall. This is her seventh appearance at PMF since 2012. 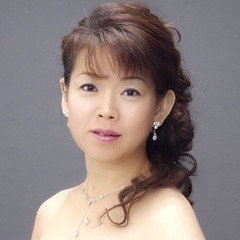