Edwin Outwater is Artistic Director of the Eastern Sierra Symphony, a groundbreaking music festival in Mammoth Lakes, California, Artistic Director of The Line-Up, a concert series in Chicago, and Music Director Laureate of the Kitchener-Waterloo Symphony, which he revitalized and brought to international acclaim. An ardent champion of new music and cross-cultural and interdisciplinary collaboration, he is equally adept at interpreting canonical masterworks, premiering new commissions, and connecting audiences with repertoire beyond the mainstream. His extensive recordings include works by many living composers.

Outwater"s recent projects include "Sound Health," a collaboration with soprano Renée Fleming, the Kennedy Center, and the National Institutes of Health, as well as a jazz version of Mussorgsky"s Pictures at an Exhibition with Wynton Marsalis, the Jazz at Lincoln Center Orchestra, and the Chicago Symphony.

Outwater"s extensive guest conducting schedule this season includes debuts with the Orchestra of St. Luke"s at Carnegie Hall, the Nagoya Philharmonic Orchestra, and the Lyric Opera of Chicago, along with many return engagements including the Chicago Symphony Orchestra and San Francisco Symphony. His commitment to music education and young musicians also continues with returns to the New World Symphony, the Civic Orchestra of Chicago with Yo-Yo Ma, and a residency at the San Francisco Conservatory.

With the San Francisco Symphony, Outwater served as Director of Summer Concerts (2014-2017), Resident Conductor (2001-2006), and Wattis Foundation Music Director of the SFS Youth Orchestra (2001-2005). Highlights of his work there include collaborations with artists such as Michael Tilson Thomas, Kurt Masur, and Yo-Yo Ma in subscription appearances, and conducting and curating programs in SoundBox, the Symphony"s innovative new performance space. 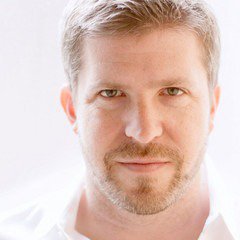