Conductor Keitaro Harada continues to be recognized at the highest levels for his artistic abilities and passion for musical excellence. He is a recipient of the Solti Foundation U.S. Career Assistance Award (2014, 2015, 2016), the Bruno Walter National Conductor Preview (2013) and the Seiji Ozawa Conducting Fellowship at the Tanglewood Music Festival (2010). He was a student of Lorin Maazel at the Castleton Festival.
Currently in his first season as Associate Conductor of the Cincinnati Symphony and Pops Orchestra, he also holds the positions of Associate Conductor of the Arizona Opera and Associate Conductor of the Richmond Symphony. In the 2016-2017 season, he will make his conducting debuts with the Tokyo Symphony Orchestra, Tokyo Philharmonic Orchestra, Boise Philharmonic, West Virginia Symphony Orchestra and South Bend Symphony Orchestra, and lead the Arizona Opera in the world premiere of Riders of the Purple Sage.
Harada made his conducting debuts in recent years with the New Japan Philharmonic and Indianapolis Symphony Orchestra. He led performances of Carmen for the Arizona Opera and conducted concerts with the Tucson Symphony, Phoenix Symphony, Virginia Symphony, Sierra Vista Symphony and Orquesta Filarmónica de Sonora.
Early in his career, Harada served as Music Director of the Phoenix Youth Symphony. During his tenure, he elevated the organization"s profile, expanded their season, added challenging repertoire, and took the symphony on a European performance tour.
A native of Tokyo, Japan, he is a graduate of the Interlochen Arts Academy and Mercer University. He completed his formal training at the University of Arizona with Thomas Cockrell and Charles Bontrager. Harada has studied under Christoph von Dohnányi, Michael Tilson Thomas and Herbert Blomstedt, to name a few.
He participated in the 2011 Pacific Music Festival Conducting Academy, where he received guidance from Fabio Luisi and conducted R. Strauss"s "Till Eulenspiegels lustige Streiche" in a concert by the PMF Orchestra. At the 2016 Pacific Music Festival he will conduct the PMF Orchestra on the festival"s Opening Concert. 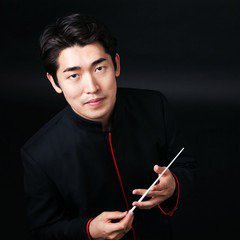 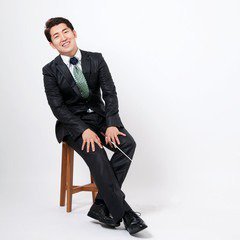