Hailed as "exacting and exuberant" (The New York Times), Osmo Vänskä is recognized for his compelling interpretations of the standard, contemporary and Nordic repertoires. Music Director of the Minnesota Orchestra since 2003, Vänskä is internationally in demand as a guest conductor and has received extraordinary acclaim for his work with many of the world"s leading orchestras, including the Boston and Chicago symphony orchestras, the Philadelphia Orchestra, New York Philharmonic, London Philharmonic Orchestra, Berliner Philharmoniker, Gewandhausorchester Leipzig, Czech Philharmonic Orchestra and the Yomiuri Nippon Symphony Orchestra. He has also developed regular relationships with the Mostly Mozart Festival (New York) and the BBC Proms.

Recording for BIS, Vänskä gained distinction as a recording artist with his landmark Sibelius cycle with the Lahti Symphony Orchestra - described by Gramophone as "the finest survey of the past three decades." In 2012 a new recording of Sibelius" Second and Fifth Symphonies with the Minnesota Orchestra was released and nominated for a Grammy Award, followed by Symphonies Nos.1 and 4 in Spring 2013. A further Minnesota Orchestra record - the second featuring Beethoven"s Piano Concertos with Yevgeny Sudbin - will be released in 2014.

Vänskä is the recipient of a Royal Philharmonic Society Award, Musical America"s 2005 Conductor of the Year award, and the Arts and Letters award from the Finlandia Foundation. He has been awarded honorary doctorates from the University of Glasgow and the University of Minnesota, as well as the 2010 Ditson Award from Columbia University for his support of American music. In 2013 he received the Annual Award from the German Record Critics" Award Association for his extensive involvement in BIS"s project to record the complete works of Sibelius. 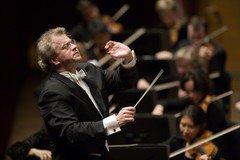 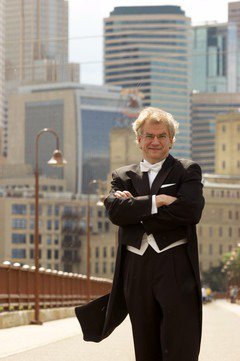