Newly appointed as Music Director of the Theater Lübeck from 2013/14, Ryusuke Numajiri is one of the most demanded conductors in Japan.

In 1999, EMI recorded his performance of Gubaidulina"s The Canticle of the Sun with the London Symphony Orchestra and Mstislav Rostropovich as soloist.

Numajiri has a particular interest in introducing contemporary repertoire to audiences. This passion has led him to conduct the Japan premieres of Philip Glass"s Peace Symphony, Busoni"s Piano Concerto and "Doktor Faustus", Zemlinsky"s "Der Zwerg", Schönberg"s Notturno, Takemitsu"s Spectral Canticle, as well as works by Messiaen, Andriessen, Górecki, Ligeti, Lutoslawski, Berio, Dutilleux, Xenakis, Birtwistle, Matthews, Rott and Ichiro Nodaira - earning the praise of each composer in the process. His knowledge of the contemporary repertoire earned him an invitation to join the jury of the Masterprize International Composing Competition in the UK in 2001 and 2002.

His tour with the Nagoya Philharmonic Orchestra in 2004, bringing Takemitsu"s Ceremonial and Messiaen"s Turangalila Symphonie to European audiences, received great critical acclaim. In March 2006, he conducted the Deutsches Sinfonieorchester Berlin in a memorial concert for Takemitsu on the 10th anniversary of the composer"s death.

Since making his debut as an opera conductor in October 1997 with Mozart"s "Die Entfrung aus dem Serail", Numajiri has gone on to lead various productions. Recent engagement highlights of operas include Zemlinsky"s "Der Zwerg", "Der Rosenkavalier" (with Homoki), "Salome" (with Gruber), "Turandot", "Lulu", "La Boheme", "Tristan und Isolde" (with Heinicke) and "Tannhäuser" (with Hampe) at the Biwako Hall and "Le Nozze di Figaro", "Carmen", "Tosca" and Ikebe"s "ROKUMEIKAN" (world premiere) at the New National Theatre Tokyo, "Jonny spielt auf" at Cologne Opera and "Don Giovanni" (with Konwitschny) at Komische Oper Berlin. He has been invited by Bayerische Staatsoper regularly.

In 2012 he made his debut at Orchestre Philharmonique de Radio France, Orchestre symphonique Mulhouse, Bilbao Symphony Orchestra as well as Opera Australia with "Madame Butterfly". 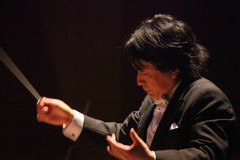 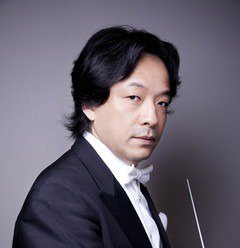