The Brass Ensemble of the Berliner Philharmoniker is among those Philharmonic chamber groups that have been playing together over the longest period. Their mutual interest in solo music-making is regarded by the members as fully equivalent to their day-to-day orchestral work. The ensemble is distinguished by highly nuanced blowing technique and its preference for German instruments because of their beauty of tone. The standard instrumentation of four trumpets and four trombones is regarded as authentic for the music of the 16th and 17th centuries, which forms a mainstay of the ensemble"s repertoire.

Of course the musicians also employ an array of instruments as called for by the music at hand, ranging from the high B flat trumpet by way of the bass trumpet to the contrabass trombone. On occasion, additional players and other instruments are brought in, such as horns, tuba or percussion. This variety allows for the performance of music from many periods and in many styles - even extending to Beatles adaptations. The ensemble"s extremely successful concert activities take it regularly to numerous European musical capitals and festivals as well on tour to Japan. It also has made numerous studio, radio, and television recordings.

Three members of the ensemble will instruct the PMF Academy as part of PMF EUROPE. As an ensemble, this is their first appearance at PMF. 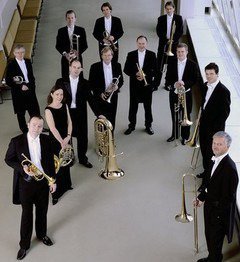 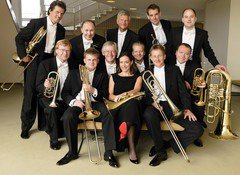