Born in Tokyo in 1998, Mao Fujita’s first international acclaim was at age 18, when he won the 27th Concours international de piano Clara Haskil in Switzerland, also winning three special awards: the Audience Award, the Prix Modern Times, and the Prix Coup de Coeur. In June 2019, he won 2nd Prize at the 16th International Tchaikovsky Competition in Moscow, where he was welcomed by ovations at each round and was watched online from all around the globe. He performed the 3rd movement of Tchaikovsky’s Piano Concerto No. 1 with Valery Gergiev at the final Gala in St Petersburg, where Maestro Gergiev called Fujita “the surprising new discovery” among the pianists. 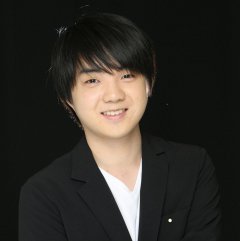