Valery Gergiev is Artistic and General Director of the Mariinsky Theatre, Dean of the Faculty of Arts of the St Petersburg State University, Chairman of the Organizational Committee of the International Tchaikovsky Competition and Honorary President of the Edinburgh International Festival. He established and directs festivals including the Stars of the White Nights, the Gergiev Festival (the Netherlands) and the Moscow Easter Festival. In 1997, following Sir Georg Solti"s death, Gergiev took over the World Orchestra for Peace. At the Mariinsky Theatre, Gergiev has overseen the emergence of a plethora of world-class singers. Under his direction the theatre"s opera and ballet repertoires have become much richer and more diverse, now including a broad range of works from 18th to 20th century classics as well as music by contemporary composers. In 2006 the Concert Hall opened on the site of workshops that had burnt down, and May 2, 2013 saw the opening of the new Mariinsky Theatre (Mariinsky-II) alongside the historical building, thanks to which the Mariinsky Theatre was transformed into a theatre and concert complex unparalleled in Russia. Established by Gergiev in 2009, the Mariinsky recording label has already released more than 25 discs that have won praise and acclaim from critics and audiences alike across the globe. The maestro works with the Metropolitan Opera, the Vienna, New York and Rotterdam Philharmonic Orchestras and the Filarmonica della Scala. Gergiev"s numerous awards and prizes include prestigious government decorations from Russia, Germany, Italy, France, Japan, the Netherlands and Poland. In 2012 Gergiev was awarded the title of Honorary Doctor of the Moscow State University. In 2013 he became head of the National Youth Orchestra of the United States of America, founded on the initiative of Carnegie Hall in New York, and in 2015 - Principal Conductor of the Munich Philharmonic Orchestra.
Gergiev appeared at PMF as Principal Conductor in 2004 and 2006, and starting in 2015 is serving as its 6th Artistic Director. 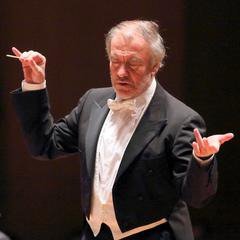 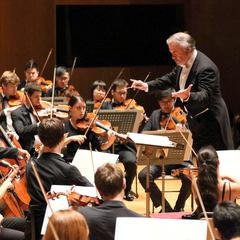 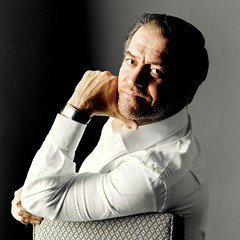