Alexander Hanna was appointed Principal Bass of the Chicago Symphony Orchestra (CSO) by Riccardo Muti in 2012. Prior to this, he served as Principal Bass of the Detroit Symphony Orchestra. A graduate of the Curtis Institute of Music, Hanna is recognized as one of the finest musicians of his generation. He has performed as soloist, chamber musician, teacher, and orchestral musician throughout North America, Europe, Asia, and Australia. His passion for chamber music has led to collaborations with Yo-Yo Ma, Mitsuko Uchida, and Dawn Upshaw among others. In 2015 Hanna was featured as soloist with the CSO under the direction of James Conlon. Hanna is also devoted to new music and makes frequent appearances on the CSO's MusicNOW series. He serves on the faculty of DePaul University and coaches the bass section of the Civic Orchestra of Chicago. He has taught master classes at many universities and conservatories including the Cleveland Institute of Music, the Manhattan School of Music, Indiana University, and the Juilliard School. In 2016 he coached the National Youth Orchestra of the USA. His primary teachers have included Harold Robinson, Edgar Meyer, and Scott Haigh. This is his fourth appearance at PMF since 2016. 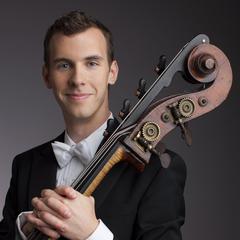