Tomonori Sato has garnered numerous prizes, including the Acanthus Prize from his alma mater, first prize in the 16th Japan Wind and Percussion Competition, second prize in the 69th Japan Music Competition, and third prize in the 6th Philip Jones International Competition. He was also a finalist in the 2nd Lieksa International Trumpet Competition. After graduating from the Tokyo University of the Arts, he returned to work with their Geidai Philharmonia Orchestra as a part-time lecturer, from 2001 to 2003. From 2003 to 2006 he studied at the Hochschule für Musik und Theater Hamburg. He studied privately with distinguished trumpeters, including Haruhisa Okada, Mineo Sugiki, Yoshiaki Fukuda, Edmund Cord, Pierre Thibaud, and Matthias Hoefs. Currently Principal Trumpet of the Tokyo Symphony Orchestra, Sato is also a guest member of the Siena Wind Orchestra and teaches trumpet at the Tokyo University of the Arts and Senzoku Gakuen College of Music. He also serves as Executive Director of the Japan Trumpeters' Association. 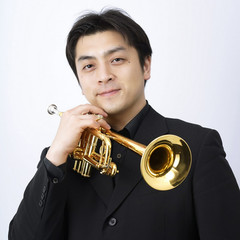