"I heard about PMF from Bernstein. It's quite a wonderful idea. I am very interested."

In rehearsal, Gergiev referred to the Russian history implicit in the music and offered his own thoughts on the composers, and through his passionate conducting the Academy developed a richer and richer sound. July 30th, Sapporo Concert Hall Kitara: the sold-out house, full of listeners having eagerly awaited Gergiev's appearance, lavished their applause on this tensely powerful performance. 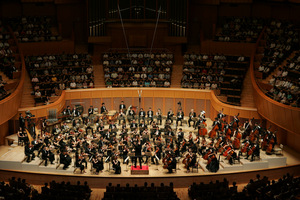 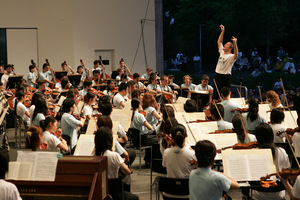 After the final performance in Tokyo, Gergiev honored the Academy, saying, "We are very proud of our young orchestra. I speak for everyone" and "I will insist forever that this PMF Orchestra... had a great voice, and had a great artistry and energy when we played. Every time was incredible." 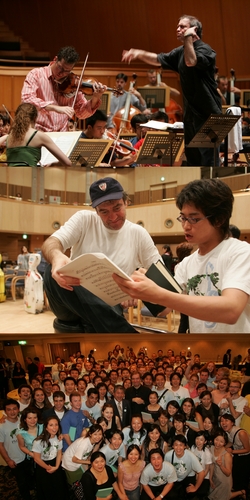 PMF 2006 The Anticipated Return to PMF

Prior to this appearance, Gergiev expressed his desire to "impart all he had to the Academy." It was the 250th anniversary of Mozart's birth, and PMF featured many of Mozart's works, including the Bassoon Concerto on Gergiev's program, which featured PMF alumnus and faculty member Daniel Matsukawa (Philadelphia Orchestra) as soloist with the PMF Orchestra, in a highly praised performance. The Academy also was amazed by Gergiev as he conducted Stravinsky's "Petrushka" and Tchaikovsky's Symphony No. 5 (both Gergiev specialties). As put by one Academy member, "Through the highly energetic rehearsal process, the orchestra's sound became more and more dynamic." All five performances during his stay, including the tour, were to sold-out houses, garnering praise in each and every location. 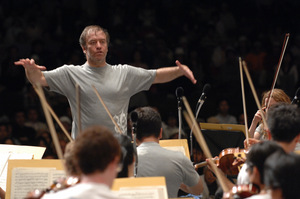 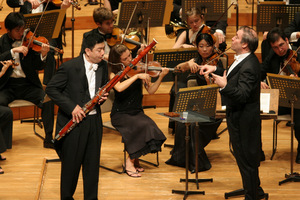 As PMF passed the first quarter century since its founding, the 26th implementation was marked with the inauguration of its 6th Artistic Director, Maestro Valery Gergiev. In his inaugural address, he spoke enthusiastically of his primary role being to help young musicians to blossom through better understanding of the intent of the composers whose work they perform, adding, "I believe that the young musicians who participate in [PMF] develop their sense of mutual understanding, and that through music, society itself is improved. This is precisely why I made the decision to become the Artistic Director of PMF." The 4 concerts held in Sapporo, Yokohama, and Tokyo were based on Shostakovich, a specialty of Gergiev's, featuring the Symphony No. 10, and included Dimitry Masleev, first-prize winner of the 2015 International Tchaikovsky Competition, performing Rachmaninoff's Piano Concerto No. 2 with the PMF Orchestra in his Japan debut. After PMF 2015 ended, a video of the concert at Sapporo Concert Hall Kitara was streamed online, proving widely popular all around the world. 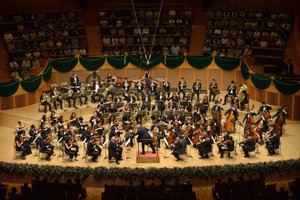 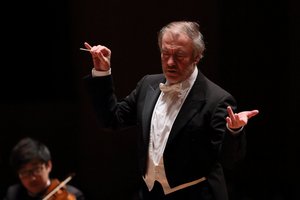 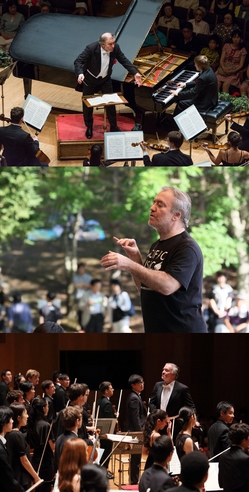