Leonidas Kavakos is recognized across the world as a violinist and artist of rare quality, known at the highest level for his virtuosity, superb musicianship and the integrity of his playing. He works with the world's greatest orchestras and is an exclusive artist with Decca Classics.
The three important mentors in his life are Stelios Kafantaris, Josef Gingold and Ferenc Rados. By the age of 21, Kavakos had already won three major competitions, the Sibelius Competition in 1985, and the Paganini and Naumburg competitions in 1988.
The orchestras with whom he has developed close relationships include the Wiener Philharmoniker (Eschenbach/Chailly), Berliner Philharmoniker (Rattle), Royal Concertgebouw Orchestra (Jansons/Gatti) and London Symphony Orchestra (Gergiev). Kavakos also works closely with Münchner Philharmoniker, Orchestre de Paris, the Philadelphia Orchestra and Chicago Symphony, to name a few. In the 2015/16 season, he is touring with the London Philharmonic Orchestra to Spain, with the Bayerischer Rundfunk to the USA and playing at the Verbier, White Nights and Tanglewood festivals.
Kavakos has also built a strong profile as a conductor, working with the London and Boston symphony orchestras and the Deutsches Symphonie-Orchester Berlin. In 2015/16, he returns as conductor to the Chamber Orchestra of Europe and the Orchestre Philharmonique de Radio France, and, for the first time, the Bamberger Symphoniker, Danish National Symphony and Rotterdam Philharmonic orchestras.
Born and brought up in a musical family in Athens, he curated a chamber music cycle for 15 years at the Megaron Athens Concert Hall, and currently curates an annual violin and chamber music masterclass in Athens.
Kavakos plays the 'Abergavenny' Stradivarius violin of 1724 and owns modern violins made by F. Leonhard, S.P. Greiner, E. Haahti and D. Bagué.
In April 2016 he released his latest recording on Decca Classics, 'Virtuoso.' Kavakos will serve as Artist in Residence of the New York Philharmonic in 2016-17.
This is his first appearance at PMF. 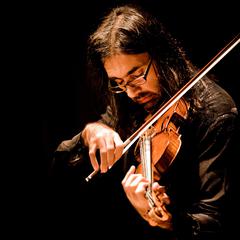 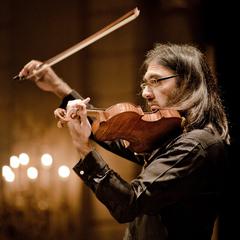