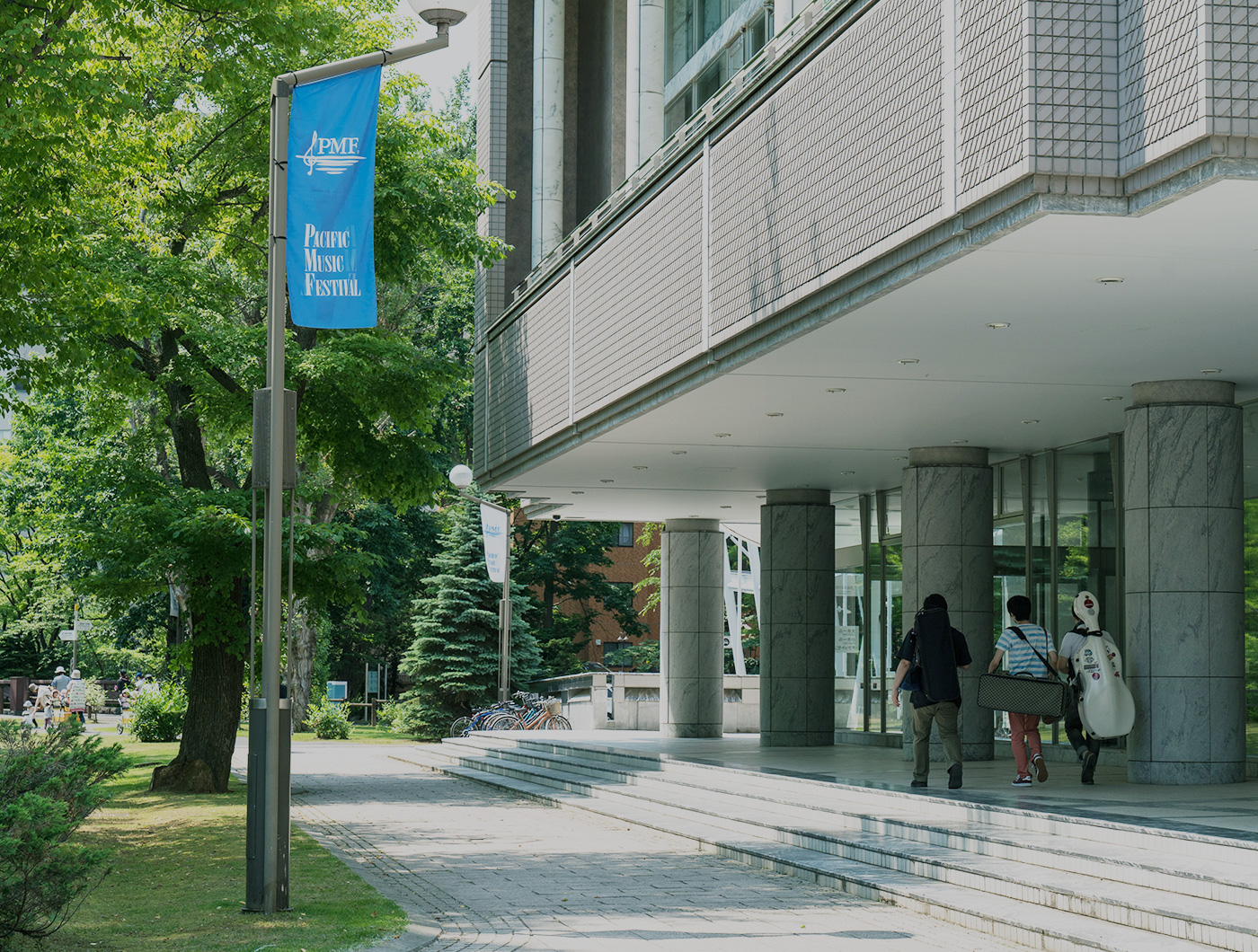 close
Hundreds of performers come together in a colossal symphony! 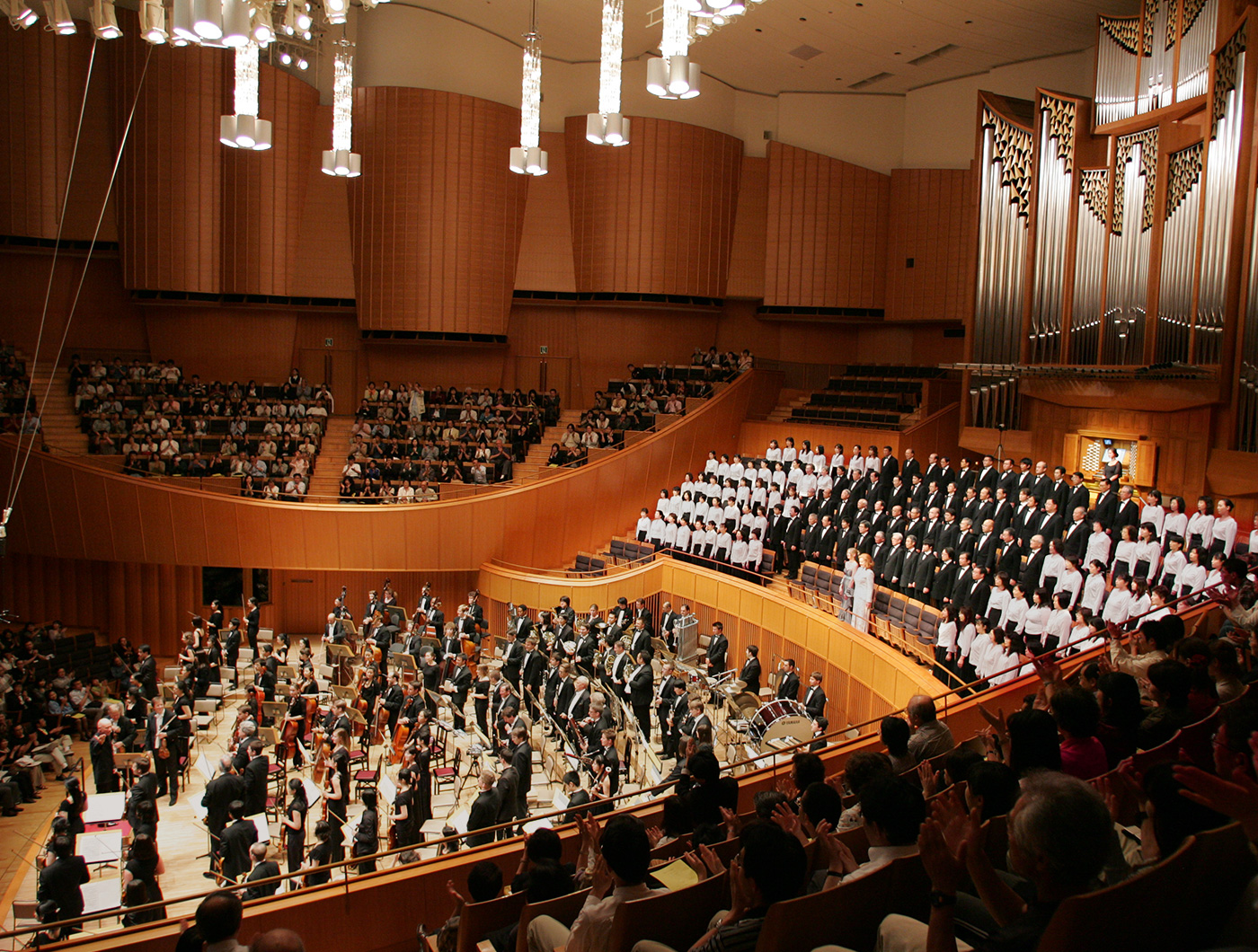 Hundreds of performers come together in a colossal symphony!

Mahler: Symphony No. 8 in E-flat major

Following on from the 1999 PMF International Orchestra for the festival's 10th anniversary, and the 2009 PMF Anniversary Orchestra for the 20th, this year's 30th anniversary will be marked by the PMF Premium Orchestra, led by former Artistic Director Christoph Eschenbach, making his first return since conducting the Anniversary Orchestra. Together with a cast of soloists they will take on the first performance at PMF of Mahler's grand-scale Symphony No. 8. In addition to the Academy and the faculty members of PMF AMERICA, 15 PMF alumni who have gone on to become important players on the world stage, hailing from a diverse range of orchestras from the Berlin Phil to the Sapporo Symphony, will join in this powerhouse orchestra of nearly 130 players. Combined with the PMF Premium Chorus - formed exclusively for this program and consisting of hundreds of choral singers, primarily those active in Sapporo - altogether several hundred performers will join forces in this colossal symphony, creating an unforgettable monument truly worthy of PMF's 30th anniversary. 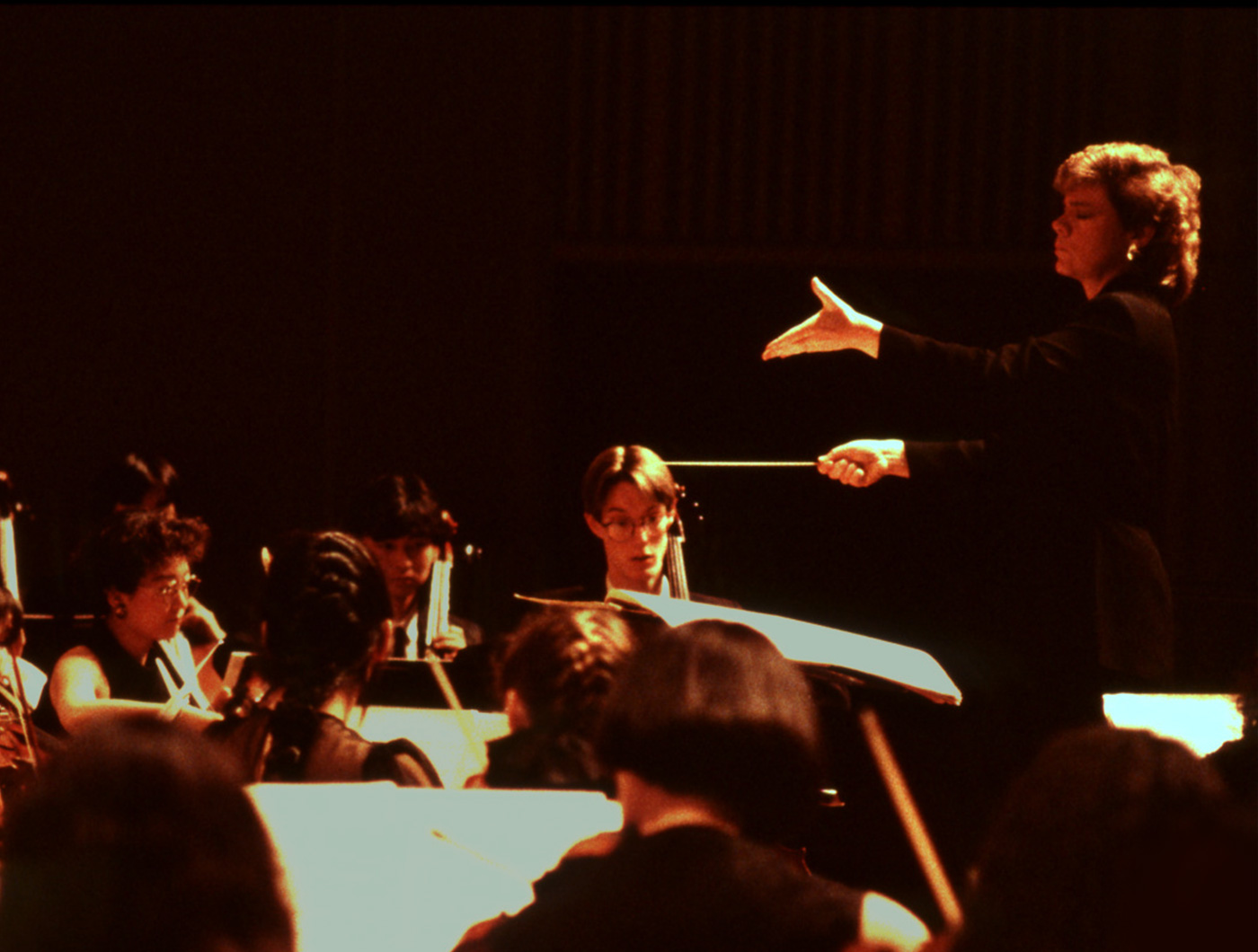 In 1990, Bernstein brought a small, select group of young conductors with him to Sapporo. From among them, Marin Alsop was chosen (along with Yutaka Sado) to conduct a portion of the first half of the legendary single concert on which Bernstein conducted the PMF Orchestra, her abilities immediately causing a stir. Now 29 years on, long-established as a leader on the world stage and at the height of her powers, she makes her awaited return to PMF. She will conduct fascinatingly varied and energy-filled program, including a suite from one of the most beloved and oft-performed operas of the 20th century, Der Rosenkavalier!
As soloist, up-and-coming violinist Sunao Goko, the youngest First-Prize winner of the Yehudi Menuhin International Competition for Young Violinists in the competition's history, reputed for his immaculate technique and expressive depth, will make his first appearance at PMF!
He will follow this with his first appearance with the Sapporo Symphony Orchestra in August!
Don't miss this fascinating, long-awaited program!

close
Artistic Director Gergiev and the powerful conclusion of PMF 2019! 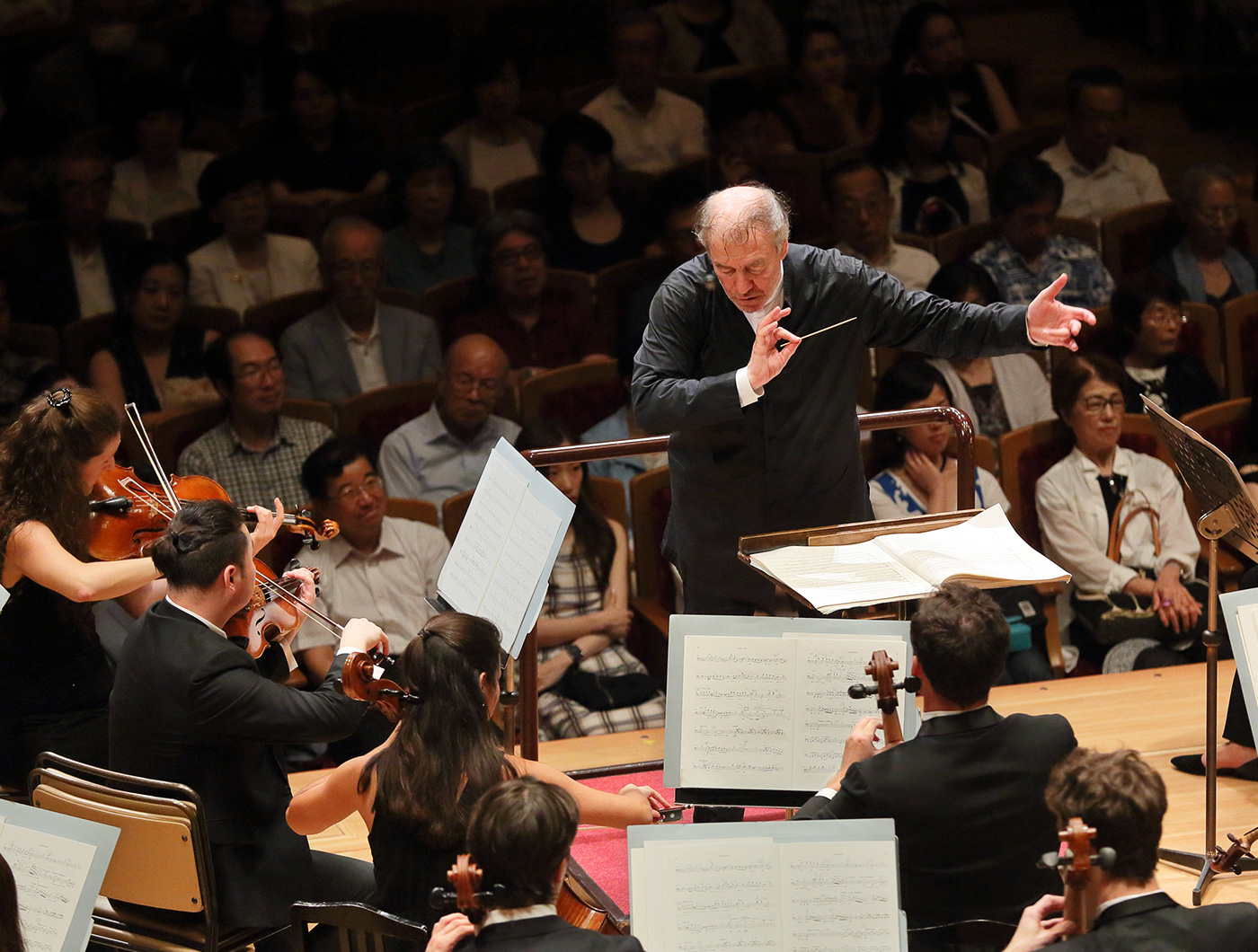 Artistic Director Gergiev and the powerful conclusion of PMF 2019!

Artistic Director Valery Gergiev has consistently amazed audiences at PMF with his charismatic drive and inspiring interpretations of challenging repertoire. Now in his fifth year, he has once again thrown down the gauntlet to the Academy, centering his program on Shostakovich's Symphony No. 4. Gergiev himself spoke of this symphony as "an extremely difficult work, requiring 100% focus - art of the highest level."
And the first half of the program will feature a concerto performance by the winner of the International Tchaikovsky Competition's newly established woodwind division! Time and time again Gergiev has introduced Japanese audiences to budding world-class soloists: Maxim Vengerov, Evgeny Kissin, Vadim Repin - who will we discover this summer? 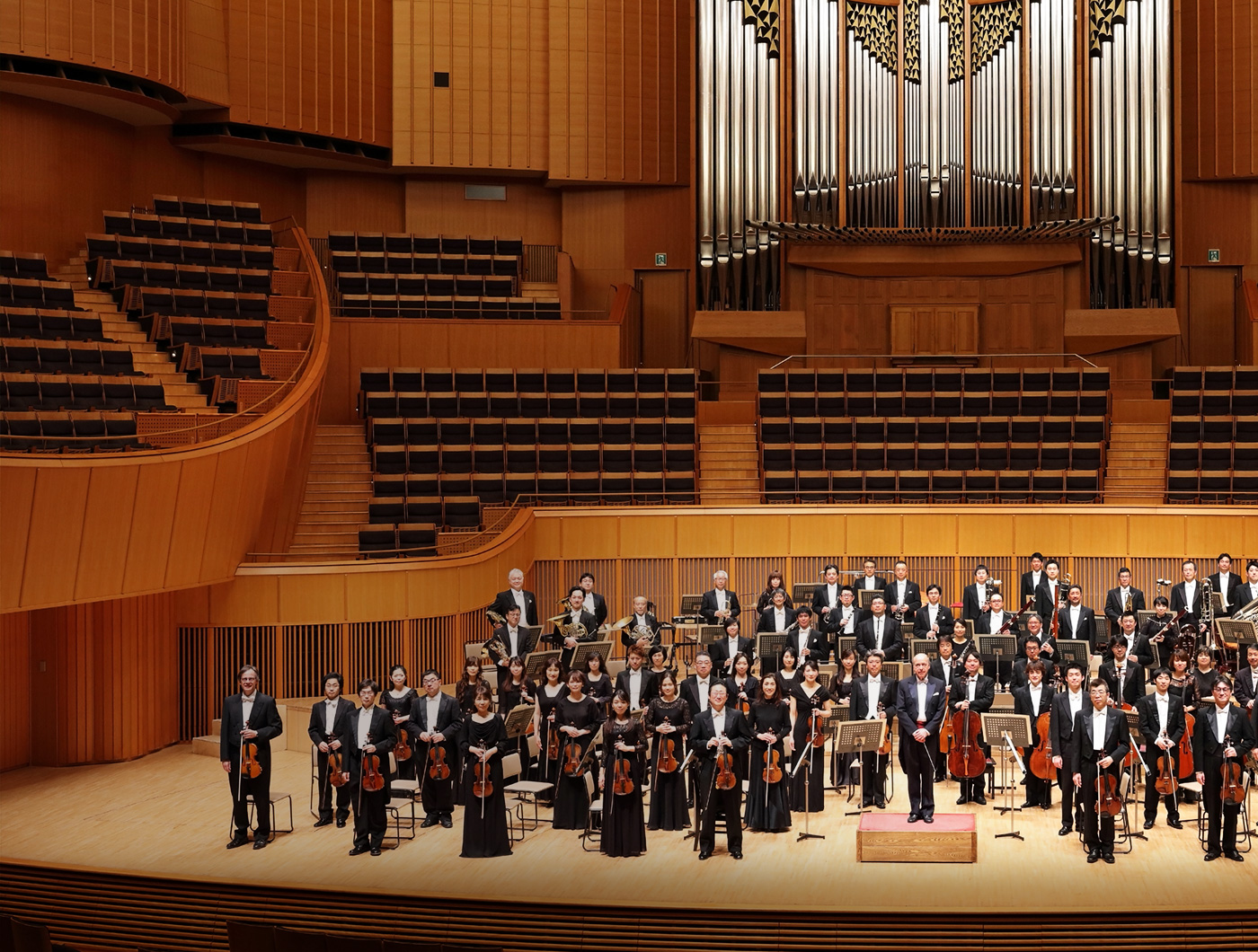 Bruckner: Symphony No. 6 in A major

Radek Baborák, prominent in former years as an orchestral horn player, is now known as one of the world's great soloists, and in recent years he has increasingly given striking performances as a conductor. Now Baborák will take on both roles with the Sapporo Symphony Orchestra! He will lead the orchestra from the horn while performing as one of 4 soloists in Mozart's Sinfonia Concertante for winds. The cast of soloists consists of Baborák alongside 3 faculty members of PMF BERLIN (players from the Berlin Phil) - a truly virtuosic ensemble, and a rare treat for Sapporo audiences.
For the second half of the program, Baborák will conduct the SSO for the first time, performing Bruckner's Symphony No. 6, a multifaceted and powerful masterpiece of Bruckner's middle period, at turns both austere and filled with light. Combined with the Sapporo Symphony, which has been praised for its "tender, rich, and lyrical" Bruckner, this convergence of musical forces is highly anticipated!