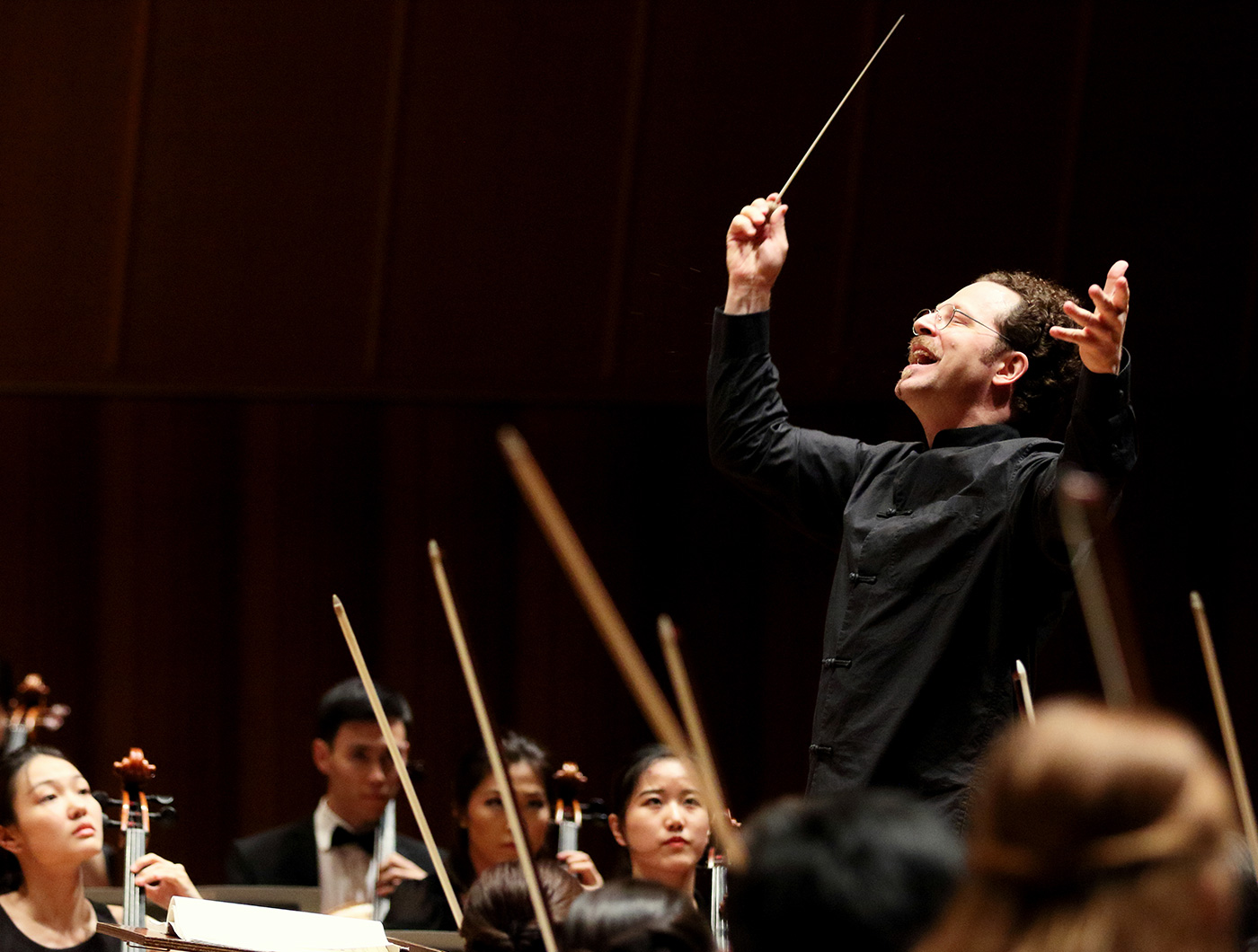 At PMF 2018, each PMF Orchestra Concert will feature music by Bernstein, representing a wide selection of his timeless works. Program A features Bernstein's Symphony No. 1 "Jeremiah," which was written around the time of his electrifying debut with the New York Philharmonic, yet foreshadows his later output, making use of texts from the Old Testament and expressing a depth of knowledge in fields ranging from history to religion.

The Rückert-Lieder almost paradoxically display both an economy of means and Mahler's lush, idiosyncratic orchestration. Israeli-born mezzo soprano Rinat Shaham, known in recent years for both her opera and concert-stage performances, with major orchestras including the Berlin Philharmonic, will serve as soloist.

The program's second half consists of Tchaikovsky's Symphony No. 4, full of dynamic, dramatic shifts, and beloved by classical fans the world over. This rich, bold program will be led by Principal Conductor John Axelrod, who returns to PMF this centennial year paying homage to his teacher Bernstein. 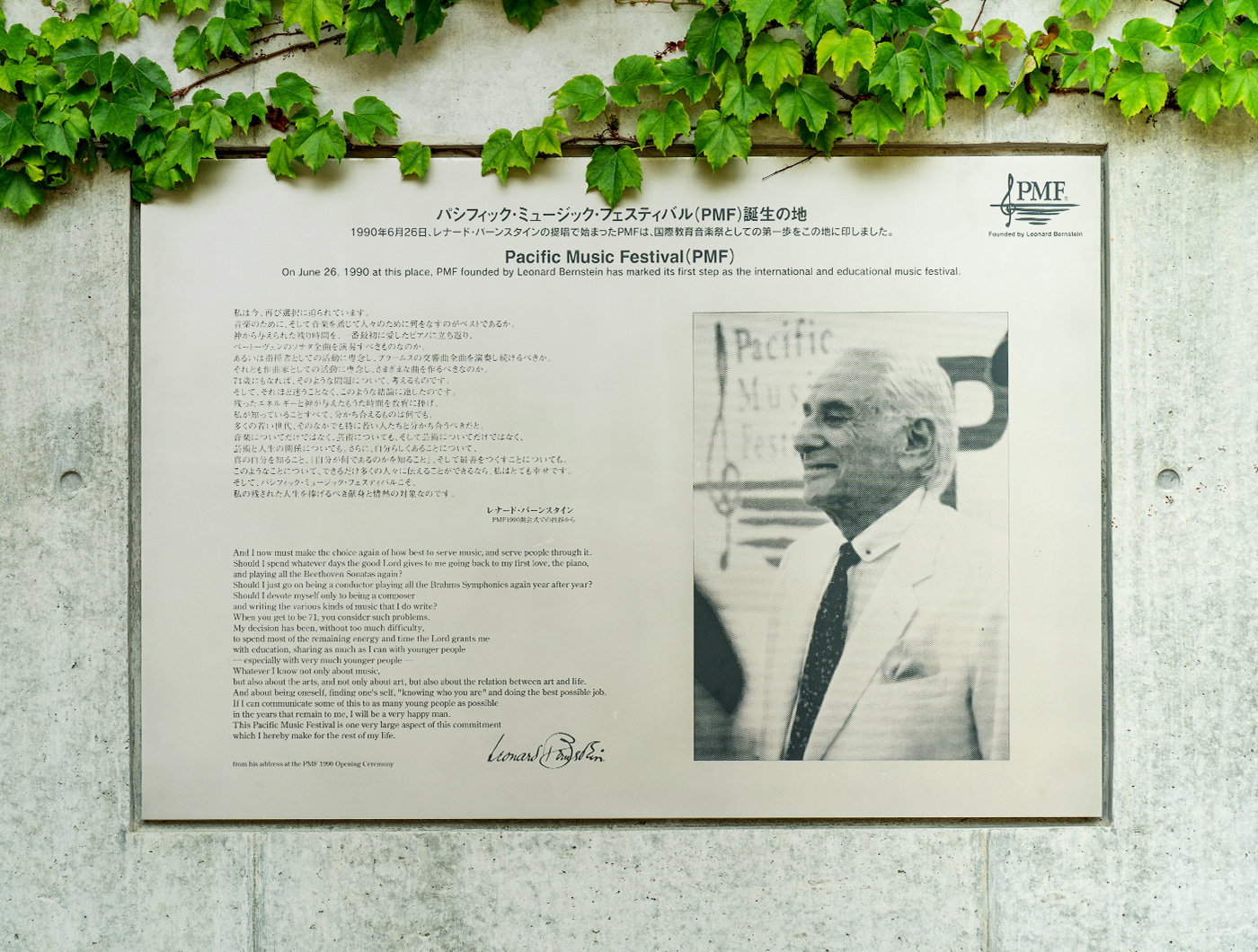 Bernstein: Symphony No. 2 "The Age of Anxiety"**

The second PMF Orchestra program represents the epitome of this year's centennial celebration, with an all-Bernstein lineup. World-renowned violinist MIDORI will give a must-see performance of Bernstein's "Serenade after Plato's Symposium" - the very piece she performed under the direction of Bernstein himself at PMF 1990 - in her highly anticipated return to PMF.

These concerts will be led by PMF Guest Conductor Edwin Outwater, a musical craftsman known for his interpretations of Bernstein's works, as part of his truly wide ranging repertoire. The program opens with music from the ballet Fancy Free, lighthearted and brimming with jazz, and closes with the Symphony No. 2 "Age of Anxiety," with its dramatic encounters between piano and orchestra. The latter features acclaimed pianist Andrew Tyson as soloist, hailed by BBC Radio 3 as "a real poet of the piano." 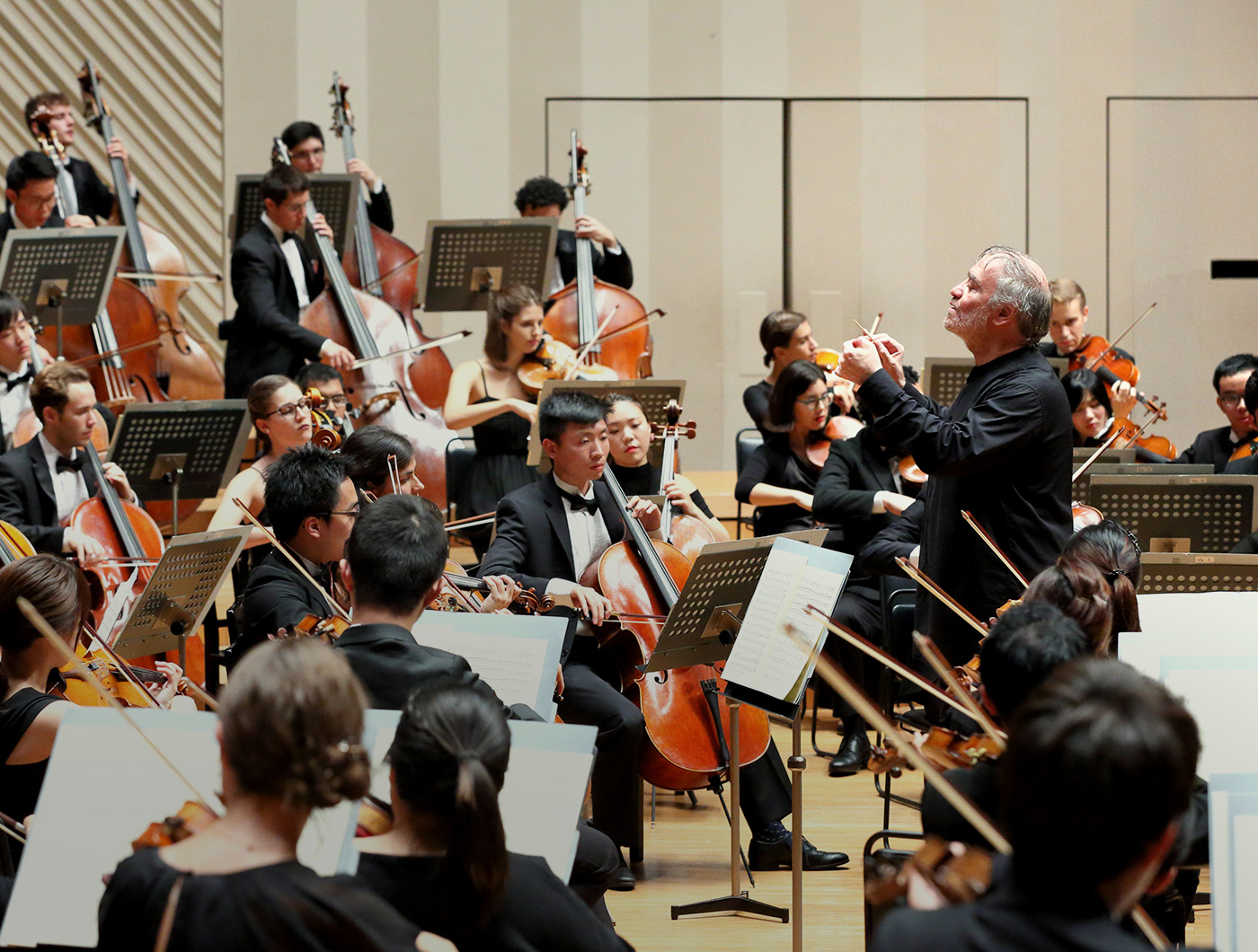 Mahler: Symphony No. 7 in e minor

The final program of this anniversary year features Mahler's Symphony No. 7, performed at PMF for the first time in its history. Mahler's explosive rise to popularity in the world was secured in part due to Bernstein's many performances and large body of recordings. Now experience PMF Artistic Director Valery Gergiev's universally renowned interpretation of Mahler's vast world as presented in the seventh symphony.

The program's first half features oboist flutist Denis Bouriakov as soloists - whom also serve as instructors to this year's Academy as part of PMF AMERICA - performing Bernstein's Halil, whose solo flute cries out in struggle, expressing what Bernstein called "an overwhelming desire to live."

Don't miss this, the grand culmination of PMF 2018! 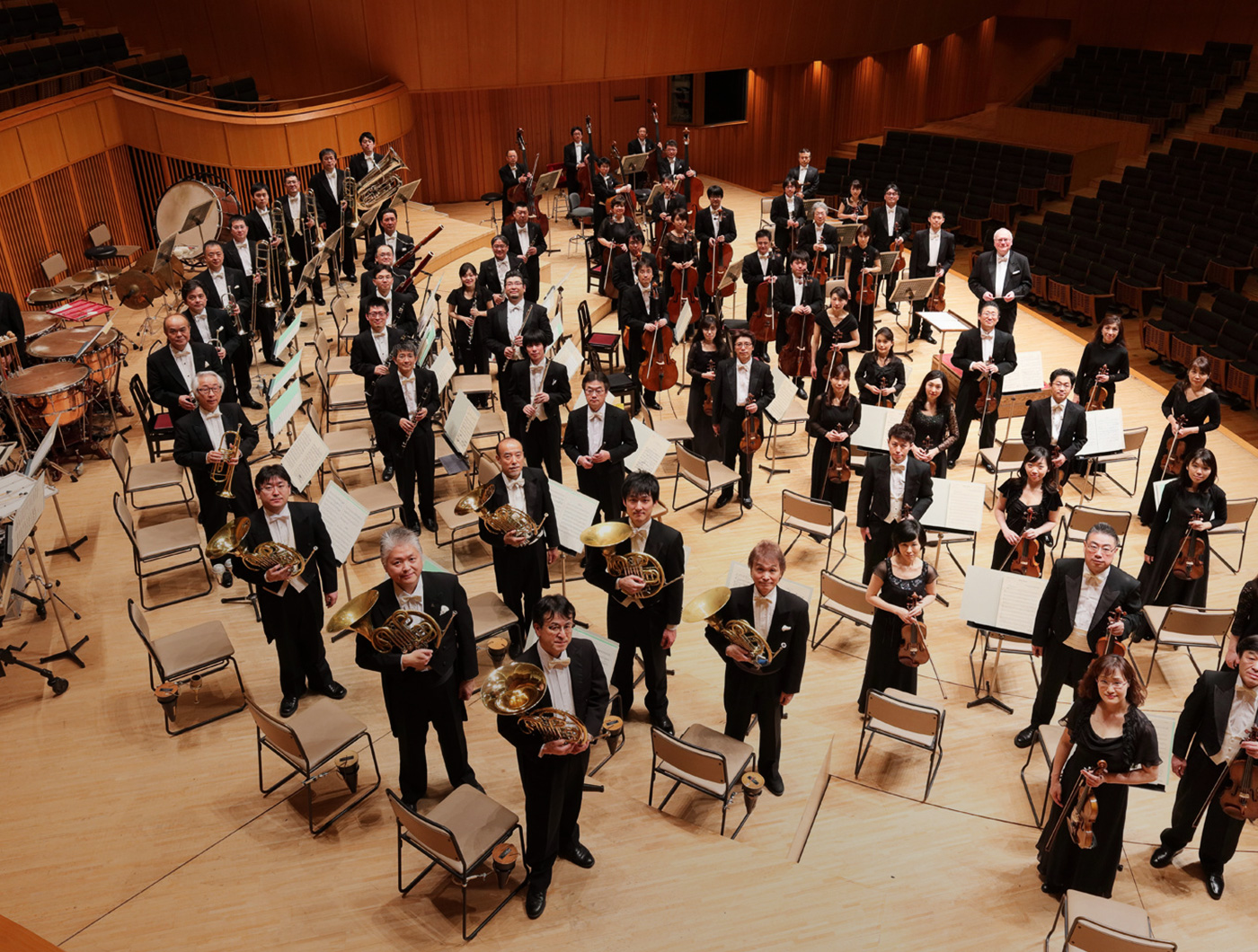 The SSO returns to PMF!

Haydn: Concerto for Trumpet in E-flat*

The Sapporo Symphony Orchestra (SSO), which boasts 10 PMF alumni among its members, is the sole professional orchestra in Hokkaido and has been a frequent collaborator with PMF through the years. This concert represents a special collaboration led by Christian Knapp, a PMF conductor selected by Maestro Gergiev, and featuring 3 principal players from major US orchestras (members of PMF AMERICA) performing as soloists. Enjoy this lineup of virtuosi performing beloved works, concluding with the ever popular sprightly melodies of Beethoven's Symphony No. 7! 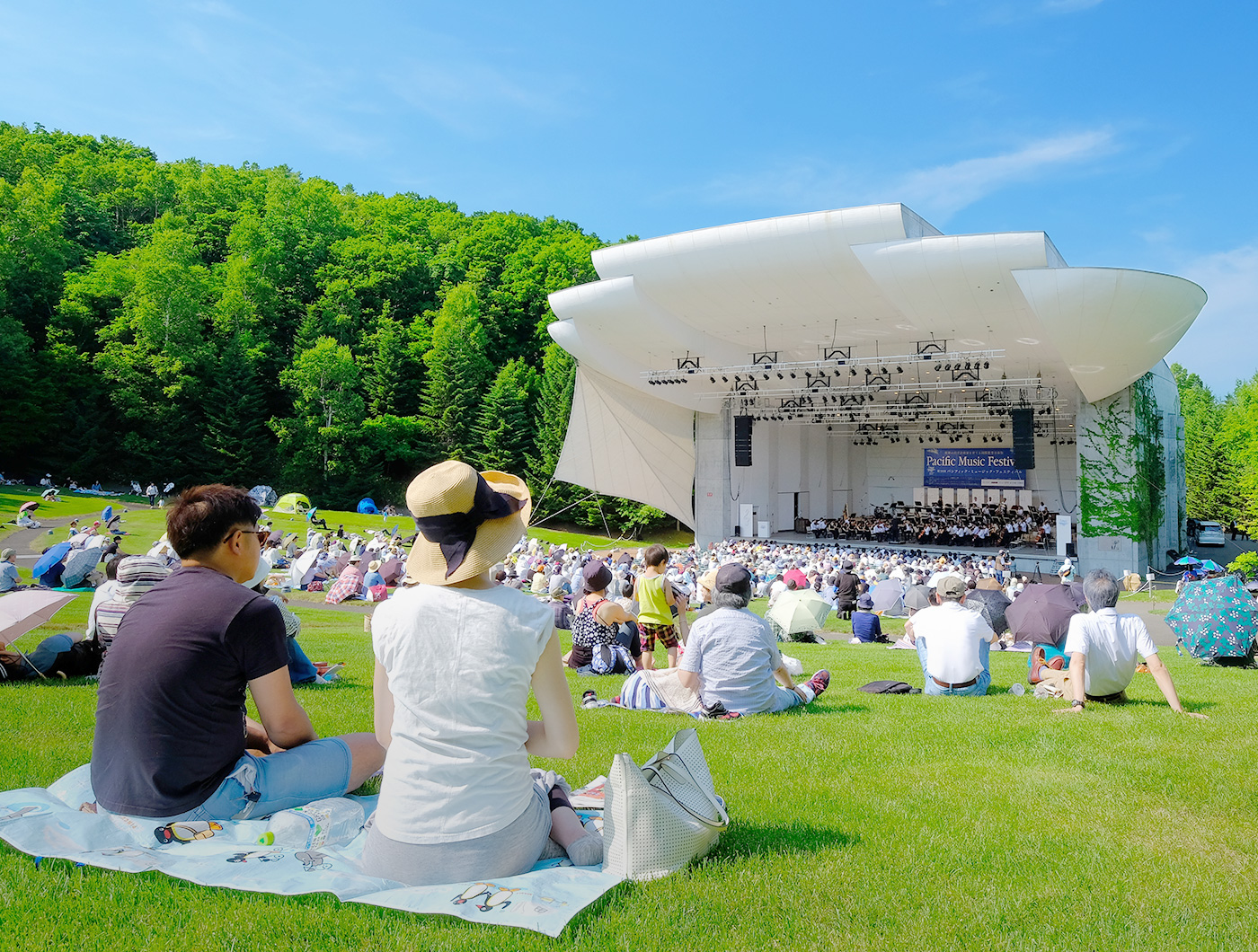 One experience distinct to a summer music festival is an outdoor concert. Among the many outdoor concerts at PMF 2017 are the 2 ever-popular concerts at the Sapporo Art Park Outdoor Stage. Surrounded by the Art Park's beautiful natural scenery, enjoy the performances in a relaxed environment, and eat and drink if you like. All ages are welcome!

★We also have an outdoor concert in the middle of the city! 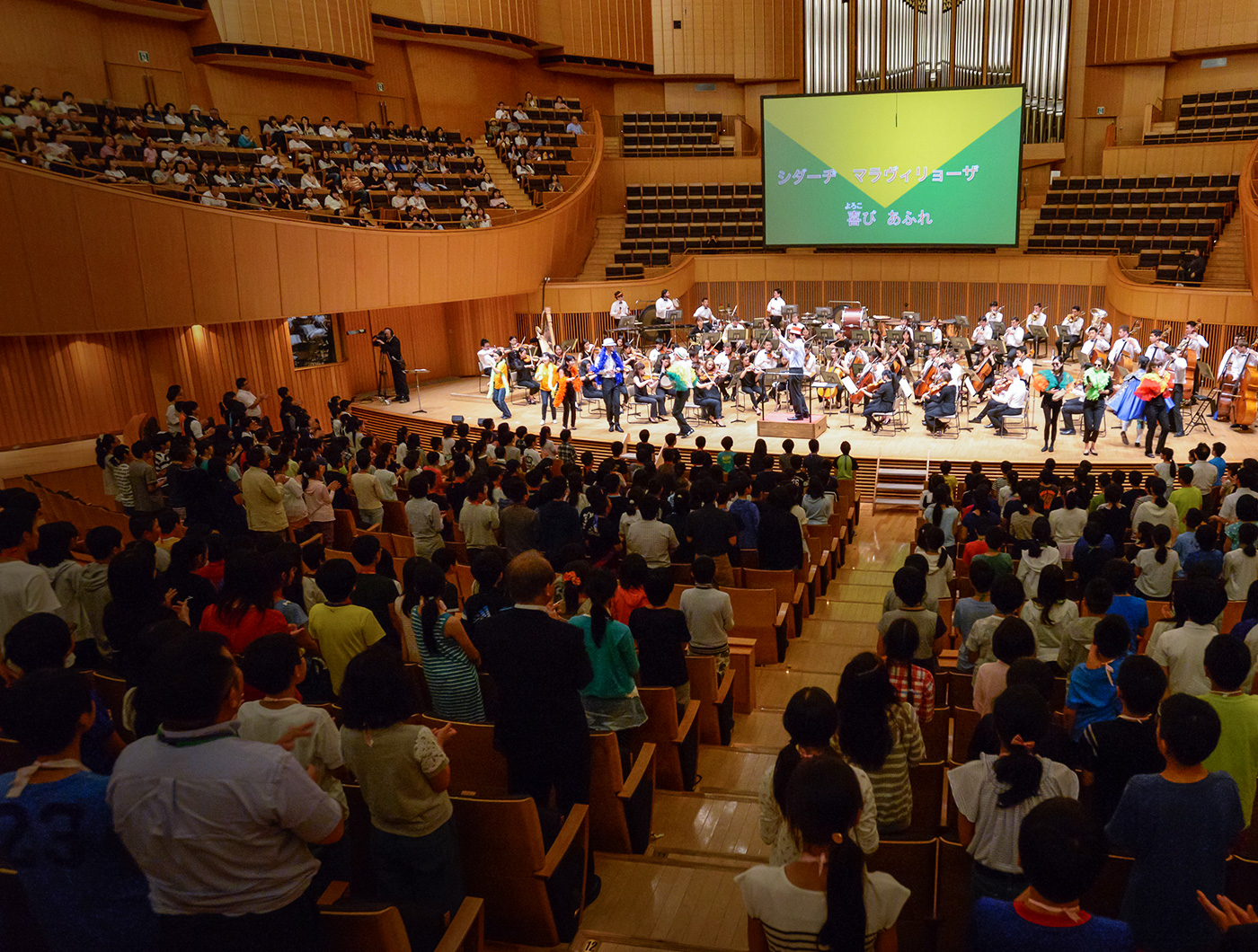 PMF Outreach Programs offer encounters that go beyond listening to a concert. At PMF 2018, we are putting even more effort into such programs for the local community.

Starting this year, PMF Orchestra Concerts will feature free "Youth Wing Seats (U25)" for anyone born in 1993 or later! These designated seats have a clear view of the stage, offering the younger generation the opportunity to experience an orchestra in the world-renowned acoustics of Kitara.

PMF Open Master Classes offer the opportunity to observe as world-class musicians from the Vienna Phil, Berlin Phil, and major orchestras of the US give instrument lessons to local music majors, with 10 classes on 5 different days - surely of special interest to musicians!

Elementary school students join the PMF Orchestra at the Link Up Concert, after practicing the recorder and singing during their music classes at school. It is an eye-opening musical experience for participating students!

Principal players from major American orchestras will instruct Sapporo City middle- and high-school students on instrumental technique and practice methods at the PMF Winds Seminar - this year the faculty timpanist will also participate!

L. Bernstein's eldest daughter Jamie and former Wiener Philharmoniker concertmaster Rainer Küchl - primary witness and central player, respectively, in relation to Leonard Bernstein's life and career - will present a discussion on various aspects of Bernstein and his work, each offering their own truly unique perspective.

Select rehearsals of the Orchestra and Vocal Academies are open to the public!